Take the Fear out of Halloween (Costumes) 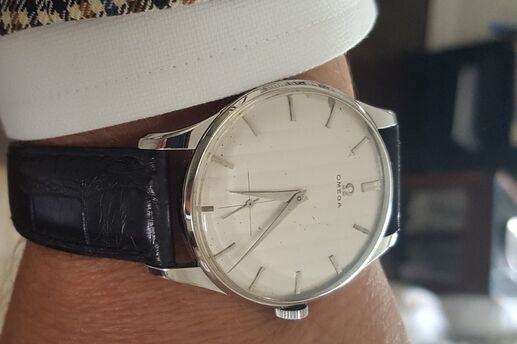 It’s less than a week before the biggest Halloween bash in town, but you still don’t know what you’re wearing. The one thing you do know is that you won’t be repeating last year’s lameness, when you threw on a summer softball league T-shirt, grabbed a Brewers cap and scoured the house (unsuccessfully) for your mitt. That sad attempt at a costume was anything but a home run. And it certainly didn’t get you to first base with any of the French maids at the party.

This year, you vowed it was going to be different. No cowboy outfits. No pathetic trucker get-ups. And absolutely, positively, no ghost costumes. Now the clock’s ticking and you’re short of ideas. But don’t despair. Figuring you’d procrastinate (again), Men’s Life Today sought the advice of two Hollywood pros for costume suggestions that will blow the competition -- not to mention those pretty French maids -- away.

Trick No. 1: Don’t Follow the Crowd
Deborah Nadoolman Landis, an Oscar-nominated designer who created the ensembles for Animal House, The Blues Brothers and Coming to America, as well as the costumes for Michael Jackson’s “Thriller” video, suggests going against type -- “be someone you wish you could be” -- and against the obvious.

“I have a feeling this is going to be the year of the zombie,” she says. And for that very reason, she advises that men not be zombies -- or anyone from the Twilight movies. In this year of darkness, she says, “Embrace the light. Women want heroes -- be Prince Charming.”

Trick No. 2: Mix Genres
Remember those flip books for kids where you’d mix and match sections to create a different character with every turn? Landis suggests embracing that concept when pondering a costume. “Don’t be Indiana Jones. Be an alien Indiana Jones,” she posits. If you really want to get clever, you can even create a backstory for your character.

Trick No. 3: Use the News
James Lapidus, a costume designer who worked on the recently wrapped serial 24 and who’s now with the Showtime hit Dexter, proposes perusing the headlines for ideas. From disgraced Sen. Larry Craig to Donald Trump, Adam Lambert to Siegfried and Roy, the cleverest ideas, says Lapidus, come from people in the news.

As in years past, says Lapidus, TV characters provide ample costume opportunities, from reality stars such as Mike “The Situation” Sorrentino to mid-century adman Don Draper. Other iconic characters/events that can be inspiration for your Halloween get-up include the BP oil spill and the Na’avi from Avatar.

One caveat if you go this route: Whatever you do, don’t create a costume so monstrous you can’t move. “I remember one guy who showed up at a party as an iPod,” recalls Lapidus. “It was so cumbersome, he couldn’t even get to the drinks.”

Trick No. 4: Put in the Time
Pop-up Halloween stores make Lapidus’ skin crawl. “Everybody goes to these cheap costume shops,” he says. “If you can’t sew, find a friend who can.” Even if your friends can’t sew, you can put together a great costume with some creative sourcing. Both Landis and Lapidus suggest scouring thrift stores for your costume scores. “Do a Google image search and bring the photo with you,” recommends Landis. She also advises reaching out to local theater companies, which might have leftover costumes from recent productions. And if you don’t find what you want there -- and you have a bulky budget -- you can always check out a costume rental company.

Regardless of where you source your Halloween outfit this year, says Lapidus, once you get into costume, get into character, too. “Become somebody else. That total escape can be really wonderful.”